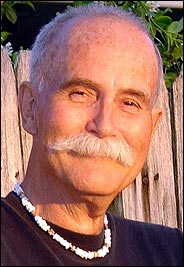 Co-Founder (with Frank Kameny, and using the original name of the group created by Harry Hay) of the Washington based Mattachine Society, and the organizer of the first homosexual march in Washington, DC (1965). Lobbied the American Psychiatric Association to remove homosexuality from their definition of mental illness. Contributor to numerous gay magazines and newspapers, including as co-editor of America's first gay weekly newspaper, GAY (published in Manhattan, 1969-1973). Also known as Jack Nichols.