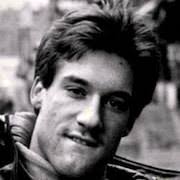 Television personality who appeared in the reality television show An American Family (a documentary of his family's life, 1973) on PBS, where he came out as gay on the show. His sexual orientation became an issue of national controversy and media scrutiny. Formed the musical band The Mumps with limited, though critical, success. Friends of Andy Warhol and Rufus Wainwright. Columnist the magazine Rock Scene, The Advocate, Details, Interview, and Creem. Subject of the book 'Lance Out Loud' (2012) authored by his mother. Died from complications with HIV.