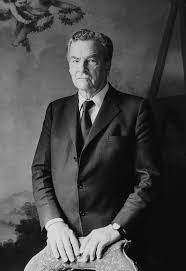 Considered to have been Great Britain's most accomplished travel writer. Served as an intelligence spy during the Second World War. Books include 'A Time of Gifts' (1977), 'Between The Woods and the Water' (1986), 'Ill Met by Moonlight', and 'The Traveller's Tree' (1950). Appointed an Officer Member of the Order of the British Empire (1991) and received the Distinguished Service Order.