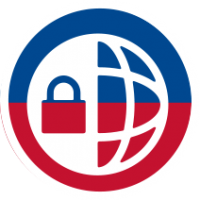 National security issues have always been of high priority to all nations around the world for generations. As has been noted many times, the notion of national security is a ubiquitous concept that encompasses many facets of life. Science, technology, business and trade, education, immigration, the military, espionage, health, religion, travel, and law are just some of the areas present in popular discourse around national security. Virtually any public good or action can be analyzed in terms of its effect or impact on a nation's security.

Identifying as LGBTQ in this world has always come with risks. Many political activists and leaders have used sexual orientation as a deemed threat to national security and have based discriminatory policies toward the community on this basis.

Nevertheless, there is a community of LGBTQ individuals that have a notable profile on the issue. This list includes both famous and infamous people. J. Edgar Hoover, the former notorious head of America's Federal Bureau of Investigation, and Anthony Blunt, who lead the group of 'Cambridge Spies' in Great Britain, are two in the latter category. Recently, gay former American and now Brazilian Glenn Greenwald's work as a journalist in revealing Edward Snowden's efforts at detailing U.S. government surveillance programs has been very high profile.

There are an equal number of lesbian and transgender individuals with a high profile in this area. Transgender Amanda Simpson has been active in U.S. military administration, while Alexandra Larsson works with the Swedish Air Force as an Intelligence Officer. Lesbians Tracey Hepner works with Homeland Security and Leah Lauderback is commander of the National Air and Space Intelligence Center.