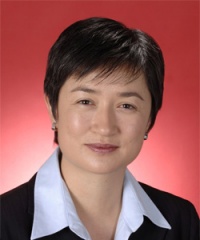 Labour Party Senator representing South Australia who is the Commonwealth Minister for Finance and Deregulation, and Leader of the Opposition in the Senate of Australia. Former Leader of the Government in the Senate (2013). First Asian-born federal minister when she became Minister of Climate Change and Water (2007) and Minister of Finance and Deregulation (2010), as well as the first openly lesbian member of the Australian cabinet. Former Shadow Minister for Foreign Affairs (2019).