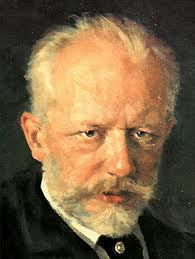 Peter Illyich Tchaikovsky is one of the most globally beloved and recognized classical music composers in history. He developed a unique compositional style of classical music that mixed his Russian heritage with the Western European.

Although Tchaikovsky’s formal education made him destined to be a Russian career civil servant as a practical matter, his proficiency at the piano soon took over his destiny and he switched his studies to the Russian Musical Society. Upon graduation, he became a Professor of Music Theory at the Moscow Conservatory. It was during these days as a student and teacher that he began to mix his Russian roots with his exposure to European classical music.

This style combined the parochial Russian folk melody with the grandiose symphonic themes of the Western composers he grew to know personally, such as Beethoven, Brahms, Bizet, Wagner, and Schuman. In his compositions, Tchaikovsky emphasized the former by highlighting specific musical instruments playing a prominent melody together with a quieter background of rich music played by the orchestra. This mix included repetition and contrast, which was a style known principally to the Russian composers of his day. The composition also included an interaction between the two to stimulate a unique rhythmic progression. It was the acceptance of this rhythm that explains his success in composing ballets, which of course are a form of dance music. All of this evoked a profound emotional response from the audience.

Tchaikovsky’s unique style made him difficult for the critics to accept at first. Russian critics believed he was abandoning his home country and its rich musical heritage; western critics felt his musical composition lacked sophistication and intricacy. In contrast to the critics, his music was wildly popular with the public.

This conflicting acceptance added a degree of frustration and insecurity to Tchaikovsky that was already ingrained in his personal psyche. It is believed that one reason for this insecurity was the early death of his mother combined with his estrangement from his family during his early schooling years.

Certainly, the forced repression of his homosexual tendencies was a factor. Tchaikovsky’s most intense relationships were with men, but he attempted to hide this through a failed marriage that emotionally weighed heavily on him. He was constantly aware of the negative consequences of any disclosure of his sexual orientation, forcing him into a conservative lifestyle. His constant companion in life was Aleksey Sofronov. Interestingly, it was the negative reaction of his friends and family to his brother’s homosexuality that influenced Tchaikovsky to suppress his own public acknowledgement of his homosexuality.

As a result of these various pressures, Tchaikovsky entered into periodic bouts of deep depression and had two nervous breakdowns. To help overcome this depression, he travelled extensively throughout Europe, America, and Russia. His foreign reputation as a composer grew with each trip. Despite a collapsing personal life, his social standing rose. During this time, he received a patronage from a widowed railroad tycoon that greatly aided his financial position.

Notable works by Tchaikovsky include the ballets Sleeping Beauty, Swan Lake, and The Nutcracker; the opera Eugene Onegin; symphonic compositions including 1812 Overture and Romeo and Juliet; and his piano and violin concertos.

Tchaikovsky’s success with classical music composition raises the question as to the extent the suppression of sexual preference leads to richer and more emotional pieces of art. Many artists describe their output as a reflection of their internal anxieties, emotions, and conflicts. Tchaikovsky’s music has been labelled by critics of his time as a manifestation of his ‘sexual deviance’ and the emotional turmoil it engendered. Tchaikovsky himself disputed this and argued it was simply his effort to affect the audience’s emotional rapport with the music, engendering the base emotions of joy, love, and sorrow. We do know that the inspiration to both his Fourth Symphony and his opera Eugene Onegin came from the despair of his failed marriage. Similarly, the Symphony Pathetique is surmised to depict a homosexual’s search for love.