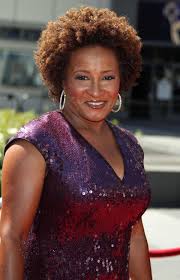 Stand up comedian and television series actor. She is notable for appearances in television shows 'The New Adventures of Old Christine' and 'Curb Your Enthusiasm'. Has also appeared in several films, including 'License to Wed' (2007). LGBTQ activist, notably against California's Proposition 8. Winner of an Emmy Award (1999) for "Outstanding Writing for a Variety, Music or Comedy Special". In 2010 she won a GLAAD award for promoting a positive image of equal rights for gays and lesbians.