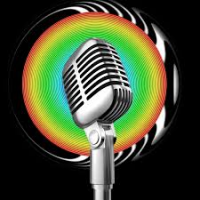 It is remarkable the number of lesbian comedians that have risen to fame. There is a rich history of political and social satire from this group of professional women.

One of the early pioneers in this genre was American Jackie Mabley (1894-1975). Her early recordings as 'Moms Mabley' are classics today and inspired generations of successors, while at the same time breaking down racial and sexual barriers.

Of course, we are all familiar with such high profile success stories as Ellen DeGeneres, Kate Clinton, Lily Tomlin, Wanda Sykes, and Kathy Griffin. But do you know the lesbian comic who holds the record for the longest running cabaret act on Broadway?

These individuals have won Emmy Awards, Grammy Awards, and Academy Awards for their various performances. Many are also accomplished authors whose books have topped the best-sellers lists.

To find out more, including links to videos of their performances: