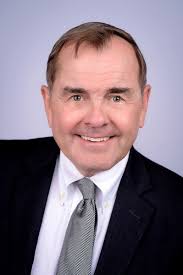 Chairman and president of the International Intellectual Property Institute, which he founded in 1998. Appointed by the Secretary General of the United Nations to serve on the High Level Panel on the Feasibility of a Technology Bank for Least Developed Nations (1999-2008). First out gay man to be confirmed by the Senate to a political appointment forwarded by a President when he was confirmed as assistant secretary in the Department of Commerce. Promoted numerous gay and lesbian officials into significant positions within his administration. Served as commissioner of the U.S. Patent and Trademark Office (1993-1998). Served as legal counsel to the Wisconsin State Legislature, and partner at the law firm of Swidler & Berlin (1983-1993). Inducted into the International IP Hall of fame (2006). Lawyer who specializes in international patent law and digital copyright.