LGBTQ Individuals Who Have Held the Post of Attorney General 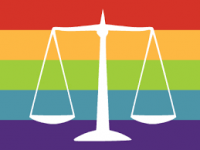 The Attorney General is the principal legal advisor to government. They are often involved in prosecutions, law enforcement, and legal affairs of state. The position can also be known as Advocate General. Their general mission is to protect citizens, promote progress, and support civil rights.

While varying from one jurisdiction to the next due to statutory and constitutional mandates, the role of attorney general typically includes:

Given the high profile of the role, having an LGBTQ individual holding the position presents visibility and a role model for members of the community. It reinforces the equality of individuals within society regardless of sexual orientation. LGBTQ Attorney General successes are representative of the successes of the entire LGBTQ community.

We have identified several LGBTQ Attorney Generals around the world.