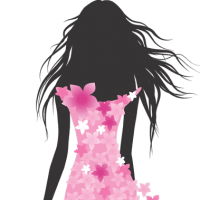 Transgender individuals have made a notable and visible impact around the world in the profession of modeling.

There is a long history of participation by transgender individuals within the fashion model industry. One of the earliest is Great Britain’s April Ashley. As well as her early success as a model in the 1960s, she was an active proponent of her country’s Gender Recognition Act. This activism led to her eventual appointment as a Member of the Order of the British Empire.

Many of these individuals achieved their success through a dogged determination to lead their lives in the way they felt most comfortable and natural. The significant western media exposure received through their participation in popular television shows such as ‘RuPaul’s Drag Race’ or ‘America’s Next Top Model’ has greatly improved the awareness of both the issues surrounding the transgender community and the understanding of them as individuals. In fact, the latter show was one of the first to readily accept transgender competitors. As result, many of these LGBTQ individuals are also household names.

A good number of these individuals have become active LGBTQ activists for their community and their rights. A particular area of attention in which they have focused has been the right for transgender individuals to change their identities and names on domestic legal documents.

Of recent note has been the leadership of Canada’s Jenna Talackova in advancing the rights and profile of the transgender community. She successfully fought the management of the Miss Universe pageant to allow transgender participation in the competition around the world.

Aydian Dowling has attempted to make history as the first transgender cover model for the magazine 'Men's Health'. Though the effort failed, he was amongst a group of notable body builders in a group cover photo.