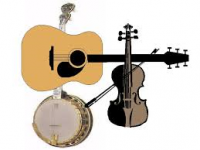 Folk music has a long history associated with it and generally refers to a story-telling style that remits a certain local history or personal story. Popular folk music of today carries on a certain cultural tradition that is closely associated with the region or geographic area from which the singer or group comes from. It tends to incorporate principally acoustic instruments.

LGBTQ folk music tends to convey stories that reflect social struggles of the community or relates stories unique to the LGBTQ community itself. The music emenates from the grassroot movements of certain regions, or reflect the life struggles of the singer/songwriter or the performing group. The songs reflect the identity of the regional LGBTQ community and form part of the social movement, whether in terms of LGBTQ rights, struggles, the emotional experience, or relationship issues. Folk artists have long championed the quest for civil rights, but often more on a localized basis.

The majority of the LGBTQ singers are lesbian and are part of a strong feminist style of music itself. This is characteristic of the style of music since it reflects struggles and experiences of a specific community. For example, LGBTQ American singer Holly Near is considered a leading figure in the advancement of female singers in her country.

We have identified a large number of LGBTQ folk singers. They come from countries as diverse as Brazil, Canada, Australia, New Zealand, the United States, Cuba, and China. Several are Grammy Award winners from the U.S. or have received local awards and honours. Read their biographies below, which includes links to videos of their performances: