LGBTQ Individuals and Academics of the Renaissance Period 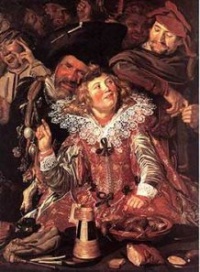 The Renaissance period is generally defined as the years between the 14th and the 17th century that witnessed a tremendous surge in the interest, growth and importance of culture, the arts, and science in society, particularly in Western Europe. It emerged from the Medieval period after the Black Plague had devastated much of the population in the region as a re-awakening of the creative aspects of humankind. The Renaissance period eventually gave way to the modern age in society.

Given its focus on arts and culture, it is perhaps no surprise that the LGBTQ community was active during this time. This occurred despite the norms of society which continued to be shaped by religious belief and were generally averse to homosexuality. Nevertheless, wealthy cities were renowned for their practice of same-sex love, and artists such as Leonardo Da Vinci and Buonarroti Michelangelo gave the world images with homoerotic expression, as did George Frederic Handel in music and Sir Philip Sidney in poetry. Homosexuality became a synonym for a great civilization and open-mindedness in cosmopolitan areas. Coincidentally, it was also the period of the creation of the private bedroom, which allowed more privacy and intimate relations to develop.

There are several contemporary expert scholars of the LGBTQ presence in the Renaissance. Most notable are Alan Bray of Great Britain (who shot to fame with his definitive book on the subject, 'Homosexuality in Renaissance England' (1982)) and Gary Ferguson of the United States.

Simply click on their names to read their fascinating biographies: