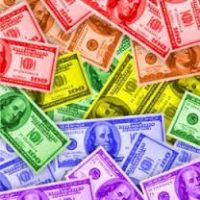 Similarly, global financial cooperatives such as the World Bank, the Bank for International Settlements, or the International Monetary Fund play key roles in coordinating financial policies between national governments. Policies within in each of these entities can help in creating productive financial systems based on tolerance and acceptance.

The large majority of LGBTQ individuals in this profession have become Ministers of Finance in government. Notable among these is Norway's Per-Kristian Foss who went on to serve a short time as that country's Prime Minister, making him the first openly-gay head of state. Other notable individuals include America's Alexander Hamilton, that country's creator of its government financial operations, and Great Britain's exceptional economist John Maynard Keynes.