Difference between revisions of "Lesbian Film and Television Producers and Directors" 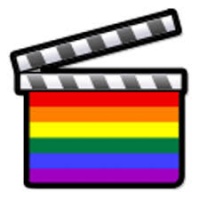 There has been much discussion about the lack of women in the film and television production industry and the glass ceiling they face in advancing their careers. However, there is quite good proportional representation of lesbian women in this industry relative to overall out LGBTQ individuals. We have been able to identify a sizeable group of respected past and present lesbian film and television producers and directors.

Many of these individuals are well known and have been recognized by the industry for their achievements. Some have received Emmy Awards (television) or Teddy Awards (LGBTQ film). Though none have yet won an Academy Award, there have been several who have directed such award winning actors in their films. Several lesbian filmmakers and producers have been appointed to the Order of the British Empire (Great Britain), have become Chevalier des Arts et des Lettres (France), or have received the National Medal of the Arts (United States).

Included are a group of individuals who have produced outstanding films for the LGBTQ community. A list of these films include: I Heard the Mermaids Singing (Patricia Rozema, and voted Best Canadian Film of All Time); Desert Hearts (Donna Deitch); Boys Don't Cry' (Kimberly Peirce); and Paris is Burning (Jennie Livingston).

Documentaries on feminism, arts and culture, human rights, and other topics have been the expertise of a select few of these individuals. Notably, all of the indivduals have been active in the LGBTQ community.

A large number of these talented lesbians founded and manage their own production companies, and some are also actors in their productions. Perhaps it is these entrepreneurial initiatives that explains their relative prevalence in the industry.

Whereas the majority of these individuals hail from the United States, there is also representation from France, Canada, Bahamas, Belgium, Germany, Iran, South Africa, Great Britain, Egypt, Ireland, and Spain. To read their fascinating biographies, simply click on their names: